This week's awards go to:

Year 5: Will and Finn

See ClassDojo class pages for the reasons why! 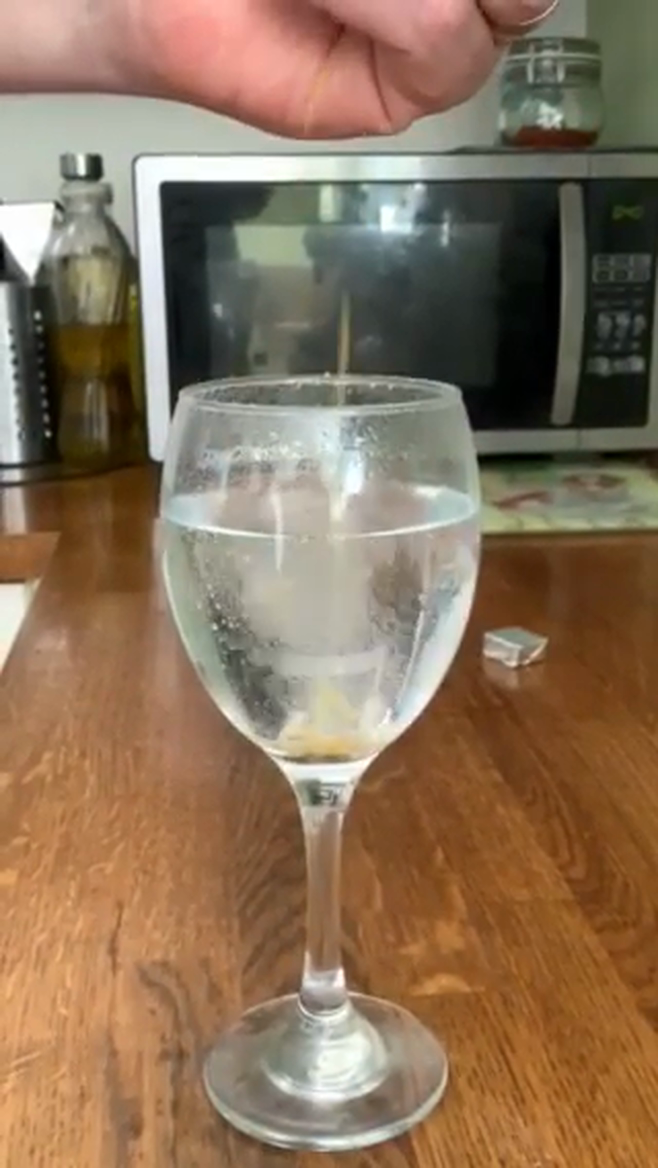 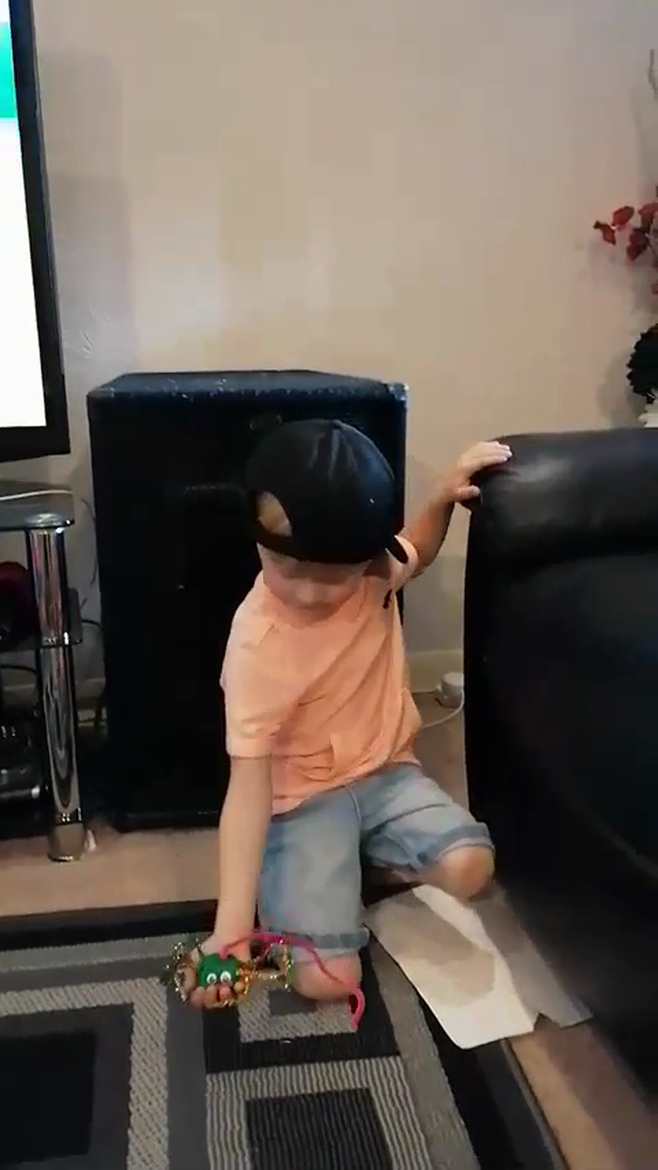 A shout out to Errol from Year 1 for how hard he has worked on his handwriting during the lockdown. We are so proud of him.
On Monday the children in Year 1 were set a task to create their own bird feeders, and Mr. Wright was really impressed with all the lovely feeders that they made and hung in their gardens to help feed the birds.

A big shout out to Ben from Year 2 who has been doing some crafts and he had a money box to paint. He decided to turn it into an NHS money box! He wants his family to put all of their spare change in it and he is going to put his pocket money in. He is also going to leave it outside for people to put money in too. We are all so proud of his kind and generous act. What a kind hearted soul and an inspiration to others!

We also want to say a big well done to Ben (and his mum and dad!) for going above and beyond every single day even when he is not feeling 100%. Ben has been doing extra science experiments everyday and has made us smile with his hard work, helpfulness and amazing attitude!

The year 3 teachers have loved seeing photos of all of their scientists this week and special thanks to Zach for giving us the idea and writing out his instructions to explain to the class how to make a lava lamp! 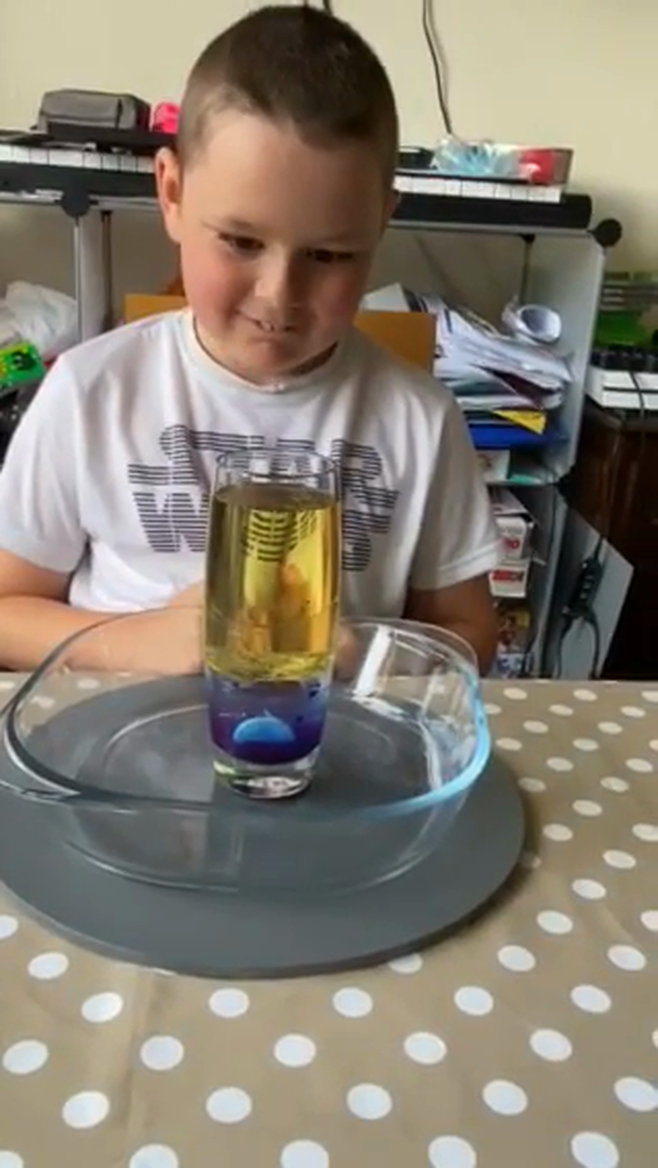 There's also some very talented children in Year 3 - Archie B made his own mallett and grew some radishes!

A special shout out from the Year 3 team  to Tara and Ciara who have carried on working so hard at their schoolwork this week even though Mum has been poorly.  We are really proud of them.

A few weeks ago, Isabella Allen from Year 4 made a bee house for our ‘bug hotel’ challenge. She has spent a lot of time tending seedlings and plants outside, and on Tuesday she noticed that her bee hotel is full and they managed to spot a Mason Bee reversing out of the bee house...
Finley from Year 4 has produced a fantastic poster to raise awareness of Mental health week after reading an article in The Week Junior Magazine.
For her RE task last week, Martha from Year 6 did some fantastic research on Lourdes. She interviewed her grandma about her visit there in 1965. It was amazing to read how much of a lasting impact it had on Martha’s Grandama.
Teachers love learning too! Mrs. Woolman has been doing some hard maths during lockdown and she has passed an exam! 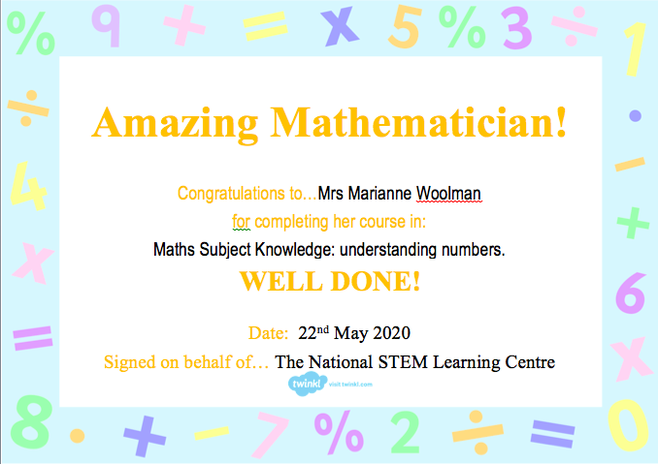 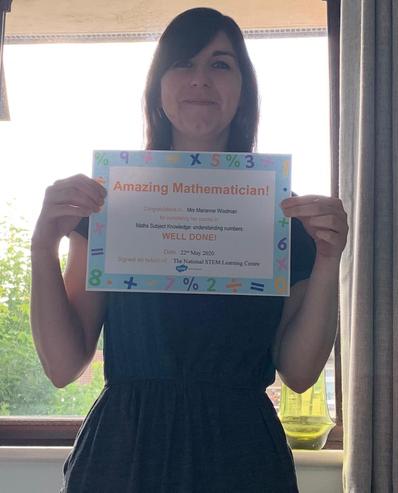 It was a tough battle this week. Year three overtook year 4 midweek!

Class 3: Jess was the most valuable player

Class 4: Adiena was the most valuable player

We are very proud of Adiena’s commitment to maintain her place at the top of the leaderboard despite mum being poorly this week.

Class 5 won - it was extremely close!

Kaima from Year 3 who has a birthday today!

Jenson from Reception who has a birthday tomorrow!

Caira and Tara from Year 3 who have a birthday on Sunday!

Harry from year 6 who has a birthday on Monday!

Unfortunately not the ones with chocolate chips.

Some cookies are necessary in order to make this website function correctly. These are set by default and whilst you can block or delete them by changing your browser settings, some functionality such as being able to log in to the website will not work if you do this. The necessary cookies set on this website are as follows:

Cookies that are not necessary to make the website work, but which enable additional functionality, can also be set. By default these cookies are disabled, but you can choose to enable them below: